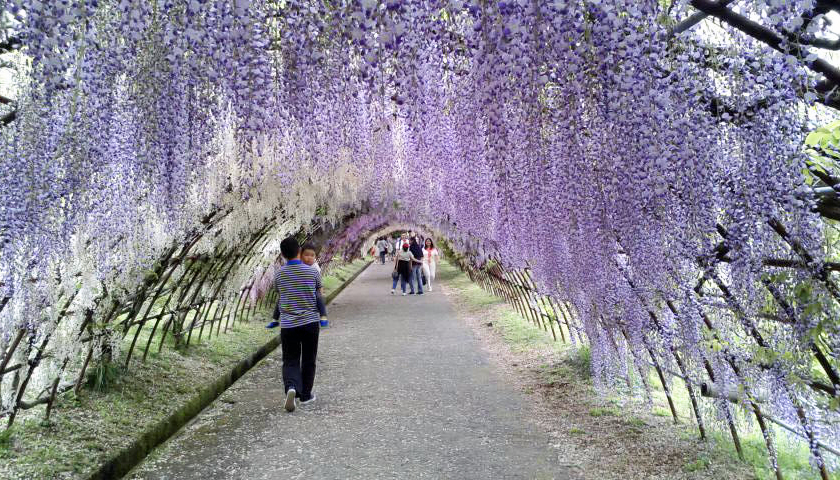 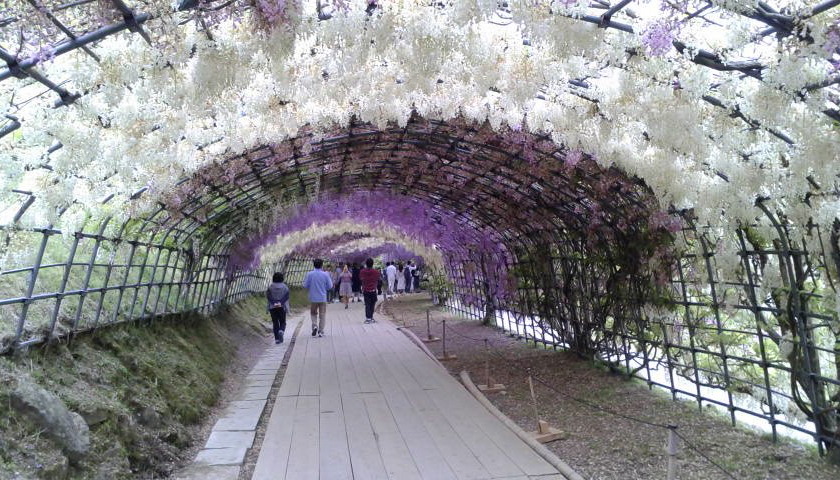 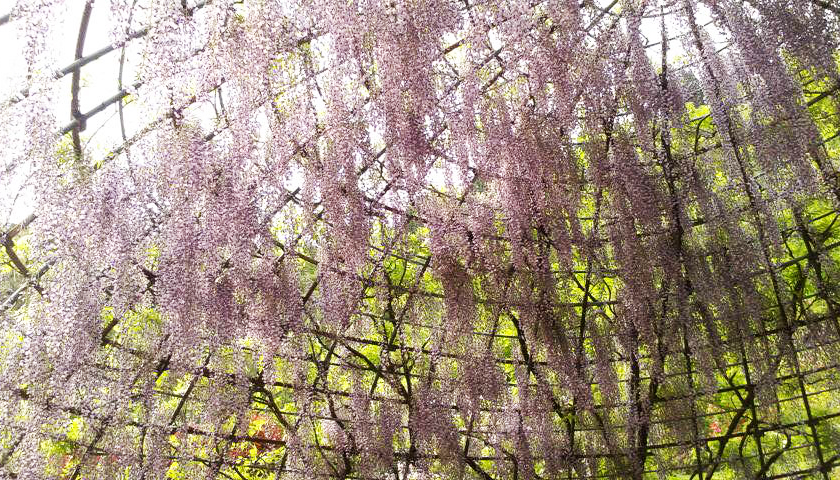 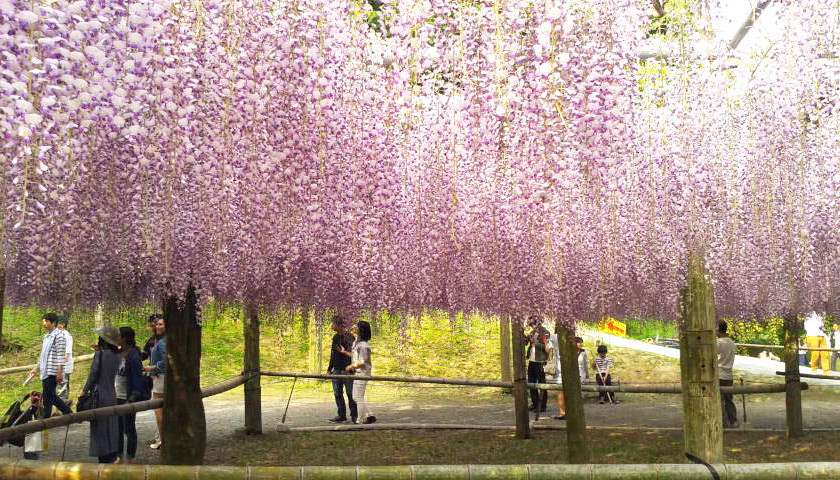 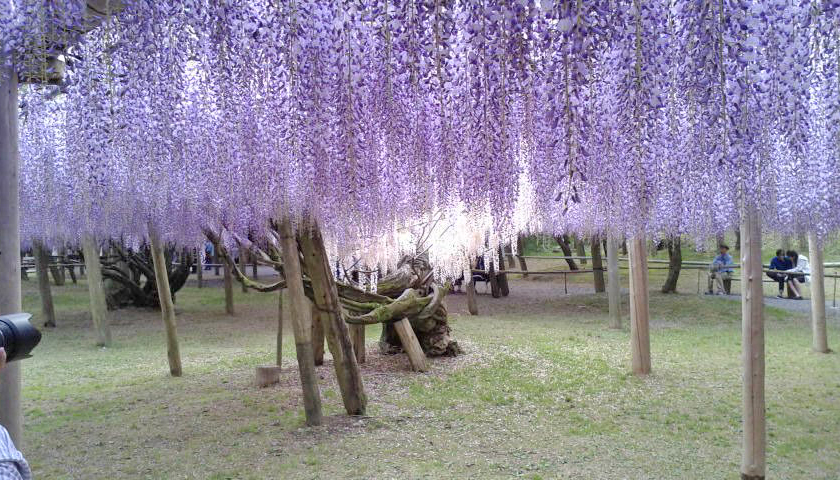 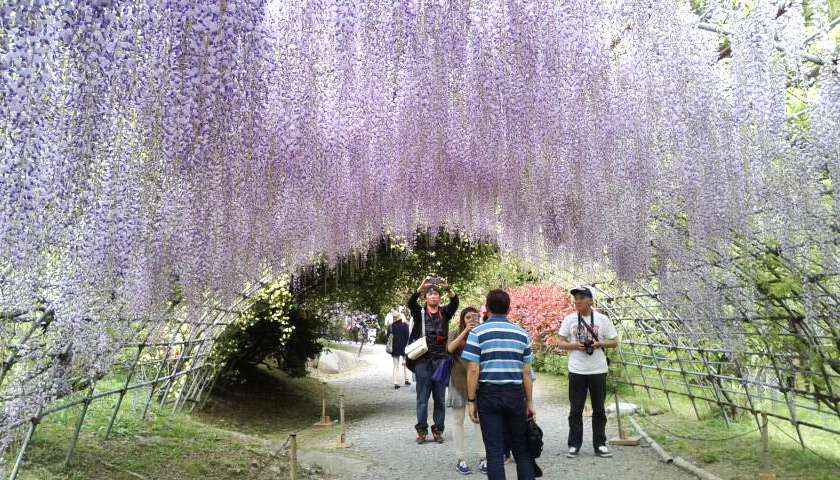 Since Kawachi Fujien was selected as the top 5 in CNN at "CNN 31 beautiful scenery in Japan" in March 2015, it became frequent topic on SNS all over the world, tourists increased tremendously, until the entrance limit It is Fujinen in the mountain in Fukuoka prefecture that has become necessary.

After being introduced at CNN, Now Kawatani-fujien with 4000 visitors every day in May ("Golden Week" Vacation in Japan), the place was opened in April 1977, it means that it is over 40 years since opening .

However, when I asked the staff of the garden, Kawachi-Fujiyen was just a mountain for taking firewood by the predecessor at first.

As lost the demand for firewood, the predecessor made an effort to utilize the mountains

since there are many mountains in the surroundings with wild wisteria, he started to plant wisteria and maple will be the beginning

So, the oldest wisteria is 120 years old.

Meanwhile, without any medicine, the wisteria of this kawachi-Fujien was managed by mere hands.

Let's not leave the route unnecessarily.

A passage is installed in this Kwachi-Fujien garden. 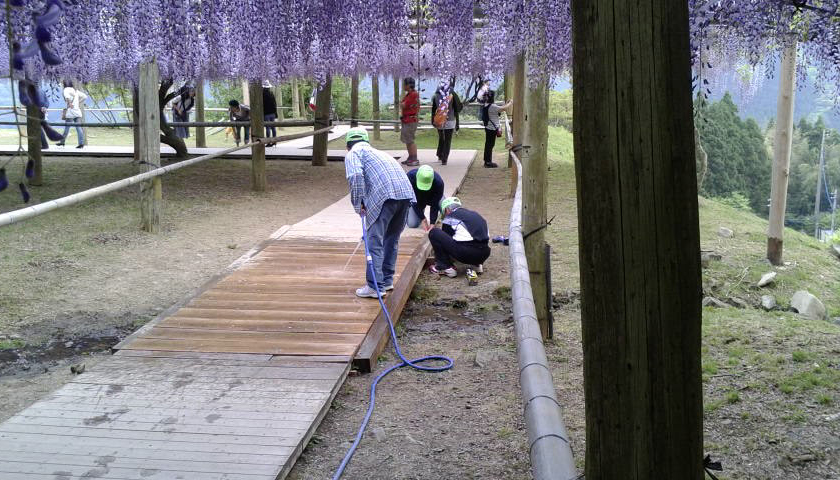 Although the Kawachi-Fujien opening, the passage is repairing.

This is because the rapidly increasing number of tourists unexpectedly approached the base of the wisteria, due to the trampling, the fact that the wisteria has declined has come to be seen.

Although it seems that a person who tries to take unusual photographs to diffuse in SNS etc. unexpectedly deviates from the passage and stepping on the base of the wisteria,

but such actions are witnessing the wisteria decline It is also a manner of refusing because it will also be done.

Kawachi-Fujien has not advertised at all. The reason is that when too many tourists come, they will damage the wisteria flowers.

However, because it is a unique flower tunnel of beautiful wisteria in Japan, it diffuses in SNS etc. and seems to have a worldwide reputation higher than reputation in Japan.

When I actually visited (May 2, 2016), but I think that half of the tourists were overseas. 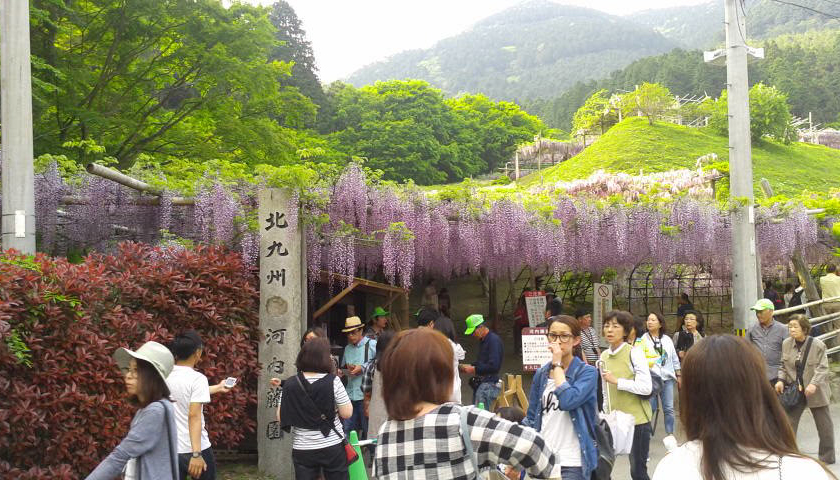 Overseas tourists are more than half.

Another reason why Kawachi-Touen became popular is that Mayor of Kitakyushu appealed to Thailand and take a picture by Thai film or something here.

For that reason, it seems that most of the overseas tourists are many Asian tourists. 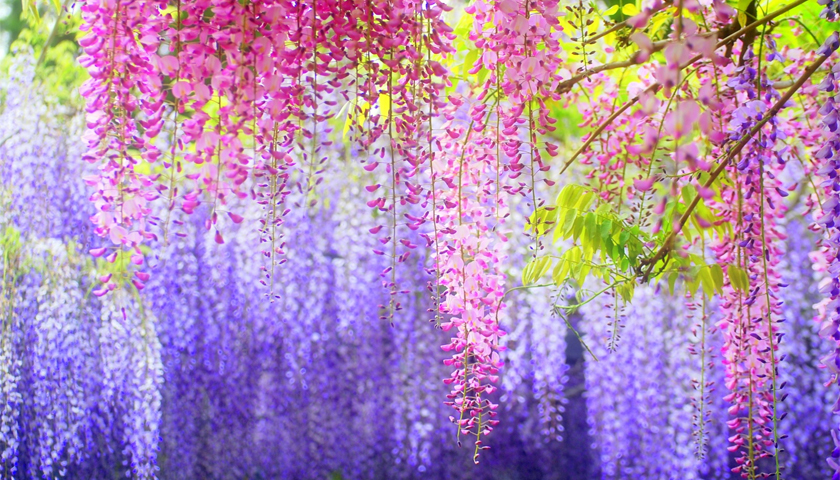 It's hard to be clean. (Stakeholder story) ", so after comparing the state of the weather

It is recommended to visit.

Until the previous year, "It is popular during the season of May, it is inevitable, so it is recommended to stay on site early in the early morning." However, if you do not purchase advance sale tickets from 2016 you can not enter I will.

On the next page I will introduce you to pay attention to the parking lot and entrance of Kawachi Fuzen.

Because it is a mountainous road in the mountains, it is 20 minutes get off at line 4 "Yamaji" or "Otani" ramp, so during the GW you get a traffic jam

Although it is introduced as prepared, in my case (May 2, 2016) there was no traffic at all